Once on this Island! 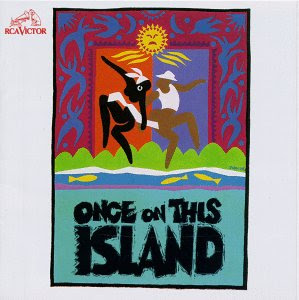 Director Billy Porter and Grammy nominee Ledisi mark their debuts with Reprise Theatre Company in the 1990 musical “Once on This Island,” opening the 2008-2009 season, September 2 to 14 at UCLA's Freud Playhouse. The press opening is September 3. Bradley Rapier, founder of the Groovaloos, choreographs and Darryl Archibald is the music director.

Reprise Theater Company is led by Artistic Director Jason Alexander and Producing Director Susan Dietz.A 1990 Tony nominee, “Once On This Island” is an imaginative retelling of “The Little Mermaid” fairy tale, with overtones of “Romeo and Juliet,” set on a Caribbean Island, with book and lyrics by Lynn Ahrens and music by Stephen Flaherty, the team who created the 1998 hit “Ragtime.” Porter and Rapier have assembled a cast which includes many Broadway and American regional theatre veterans; including principals Yvette Cason, Vanita Harbour, Jesse Nager, Leslie Odom Jr., and Nita Whitaker. Newcomer Kristolyn Lloyd will play Ti Moune.
For more on this story click here.
Posted by JHM at 6:04 AM