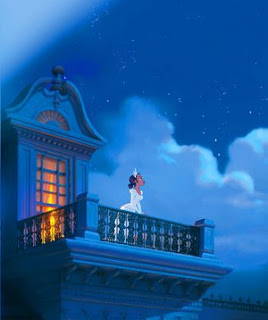 Disney has been hit with accusations of racism about its first animated film featuring a black princess, due out in 2009. Upon announcing last year that The Frog Princess would star an African-American heroine, the corporation, long dogged by allegations of racism, was widely praised for turning over a new leaf. But much of this goodwill has now evaporated upon revelations of the film's slavery-themed proposed storyline: our heroine is an exploited black maid in New Orleans saved by voodoo (i.e. African) magic.

Disney is not exactly famed for its multicultural credentials, and its first film to feature a non-white princess, Aladdin (1992), was so laden with colonial-era stereotypes of the East as a land of decadence and savagery that it outraged Muslims and Arabs worldwide. The bungled attempt at an image makeover with The Frog Princess shows that little has changed, and though the above storyboard has now been binned one wonders when Disney will shoot the other foot off this PR project.

Fom the NewStatesman. Read the rest of the article here.

For more on The Princess and the Frog.
Posted by JHM at 5:58 AM