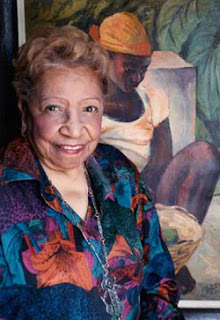 When Edwin Ray McSwine met George Hunt in April at the National Civil Rights Museum during the 40th anniversary of Dr. Martin Luther King Jr.’s assassination, the two artists expressed admiration for one another.

McSwine, a young, gifted artist, said Hunt, who is nationally renowned, “encouraged me to keep doing what I’m doing and things will break for me.”

With Hunt’s words echoing in his mind, McSwine continued to pursue a career that he’d already made inroads into as an artist with a penchant for drawing and painting.

Step out of the summer heat and into art on Saturday. Then step back outdoors and dance an Irish jig.

The Knoxville Museum of Art, 1050 World's Fair Park Drive, hosts another of its art-centered, family-focused days. This summer's Family Fun Day is 11 a.m.-3 p.m. Saturday, July 26, at the museum. Events are free and include art activities, artist demonstrations and music for everyone.

Art activities are inspired by the museum's current exhibits. Those sources of inspiration include "Higher Ground: A Century of the Visual Arts in East Tennessee." 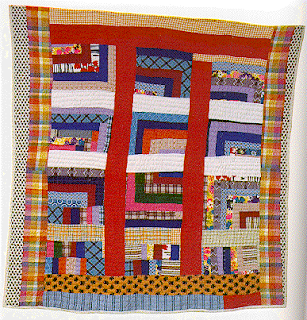 This new permanent exhibit of art from the museum's collection includes a variety of styles. One art activity will encourage children to paint in the abstract impressionist style of Knoxville native and African-American artist Beauford Delaney.

Anyone who's attended the Official NBAF Artists' Market in years past is likely to find familiar faces among the painters, sculptors and jewelers displaying work this year. About 70 percent of the more than 80 artists participating in the popular market are return exhibitors.

The big difference in this 20th anniversary edition of the market is the venue. Georgia World Congress Center is bigger and brighter than Greenbriar Mall, the Artists' Market's previous home.

The Traditions of African American Quilting

BRECKENRIDGE — The Breckenridge Heritage Alliance recently opened the exhibit “The Traditions of African-American Quilting” at the Barney Ford House Museum, located at 111 E. Washington Ave. On display are eight quilts that show the historical significance and development of African-American quilting traditions. Visitors will learn about the roles quilts have played in African-American history, from the slavery era to today, and what has influenced this art over time.

Jones and Gentry Exhibit at the Delta Arts Center

Lois Mailou Jones and Herbert Gentry both came of age during an era when the United States was still racially segregated, and blacks -- including black artists -- were routinely treated as second-class citizens. Both lived to see the end of government-sanctioned segregation and the emergence of a more receptive climate for the work of black artists in this country.

Solo exhibitions of works by Jones and Gentry at two different local galleries provide an occasion for considering their respective artistic legacies. Jones' exhibition "The Early Works: Paintings and Patterns 1927-1937" is on view through Saturday at the Delta Arts Center, and "Herbert Gentry: The Man, The Magic, The Master" is at Winston-Salem State University's Diggs Gallery through Oct. 4.