Black in America, My Take 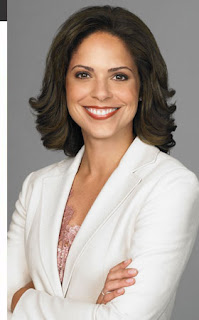 So I watched Black in America last night. I'm still trying to figure out what I did and did not like about the program. I expected all of the statistics, the pathology, the sadness, but this program could have just as easily been called Poor in America. Most of the dire circumstances that people featured found themselves in were a result of poverty, and growing up with few options more so than race.

I like how O'brien used Central High School and the Rand Family reunions as jump off points for exploring issues that affect the Black community. I also like that she worked for balance, not just focusing on pathology but showing positive examples of Black men, women and children making their way in America.

Some of my concerns about the show were:

1. Wednesday night's show about Black women and family did not mention sexism as an issue in the Black community to explain how, in many ways, it feeds into the problems covered in the show.

2. Why weren't O'brien and the producers able to find a female pastor to comment on some of the issues affecting Black women and families?

3. Why were there no references to HIV rates among Black Men when young gay Black men are severely disproportionately becoming infected with the disease? I am happy though, that in the segment about Black women and HIV, no one mentioned the tired, DL Brother "phenomena."

4. LGBT black people were not mentioned once. I didn't expect this at all, but it would have been a plus to see a lesbian or gay family or individual featured and included in the show.

Overall, I was pleased, and glad to see that many solutions were discussed. Kudos to O'brien and CNN for two interesting nights of TV.
Posted by JHM at 10:03 AM