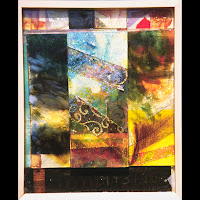 In 2006, Brian Joiner's life was as wide open as the landscapes he painted. His work hung in the National Underground Railroad Freedom Center. His exhibits drew crowds to the Weston Art Gallery. His salary was edging on six figures and his artistic star rising.
By January 2009, Joiner was three months behind on his mortgage and not only fearing foreclosure but wondering what an artist does with the years of work he's accumulated if he becomes homeless.
He didn't need anybody's quarterly reports to tell him the economy was writhing. For two years, attendance at art shows had been dwindling. Some of his most ardent collectors couldn't buy the work he was selling cut-rate.
Hard times hit artists differently than they hit the rest of us. Harder, for one thing.
A National Endowment for the Arts survey shows the unemployment rate for artists was double that for other professionals for the last quarter of 2008, leaving 129,000 artists out of work. While the labor force grew by 800,000 that year, the artist work force shrank by 74,000.
The loss of a job for an artist isn't just the loss of a paycheck and benefits. An artist's career is built on vision and self-belief. It's seeing a world different from the one everyone else sees and believing not only that he can capture it in paint, but indeed that he must.
Artistic visions are singular things. They can't be outsourced. They can't be handed off to a lower-paid colleague or wrapped into someone else's job descriptions. Each time a talented artist walks away from his calling, there is a hole in the firmament no one else can fill.
Leaving one's art isn't departing a career but is as Joiner puts it, "throwing away an inheritance."
It should surprise no one, then, when Joiner's first reaction to his dire economic straits was to be "balled up in my bed in the middle of the afternoon thinking of a new career path."
He did not, however, stay there.
The reconstitution of this man and the rebirth of his work is art in and of itself. First Brian Joiner painted self-doubt, struggle and overcoming. Then he lived it.
At age 46, he got out of bed, applied everywhere from hospitals to Ikea to do everything from housekeeping to inventory and finally landed a job in a company's mailroom. "Human beings are made for adjustments," he says simply.
The sensitive, slim-fingered painter who used to make rounds greeting supporters at exhibit openings now makes rounds delivering memos and magazines. He does it with gratitude and humility, and a constant eye for scenes that can feed into his art.
Joiner's vision never left him or, more precisely, he never let it go. With a mystic sense of destiny, he heard about the Taft Museum of Art's Robert S. Duncanson Artist-in-Residence competition and began saving vacation days.
He applied and was selected. He will spend two weeks this fall giving gallery talks, presenting school programs and hosting his own lecture at the Taft.
More important, he will create a new exhibit of paintings that echo those of Duncanson, an African-American artist of the mid-19th century, but will incorporate modern social issues and modern art techniques.
Then he will go back to the mailroom - except for nights and weekends, when you can be sure he will be painting.
"For everyone else who has a dream and is going through a difficult time, I'd just say this," Joiner says. "Sometimes our dreams become our reality. But sometimes our reality also becomes our dreams."
From Cincinatti.com.
Brian Joiner Artwork
Posted by JHM at 10:12 AM