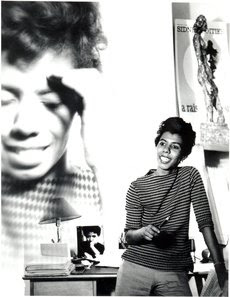 Yearning for more consistent and in-depth multi-cultural works in the Seattle theater scene, Kurt Beattie, the artistic director of ACT Theater, found himself one day in 2004 mulling over an unusual proposal with Valerie Curtis-Newton, then a professor in the directing program at the University of Washington.

The idea was simple – to establish a unique theater within a theater that was dedicated to telling stories that represent African-American experiences. However, the logistics would be complex. The most important issue to address was the level of involvement and influence Curtis-Newton would have in making decisions on such critical items as screenplay, cast and set design.

“I spent a lot of time thinking about how something might work because I really wanted to honor our community. And, I didn’t want to just be a hired hand. I wanted to have a stake in the decision making,” says Curtis-Newton, who has served as the past artistic director for Seattle’s Ethnic Cultural Theater and Hartford, Connecticut’s Performing Ensemble. Earning an MFA from the UW, she has performed with numerous local companies, including the Seattle Repertory Theater, the Seattle Children’s Theater and the Northwest Asian American Theater.

Eventually instated as the artistic director, Curtis-Newton, who also currently chairs the UW directing program, decided to honor the rich legacy of black theater by titling the program The Hansberry Project, named after activist-playwright Lorraine Hansberry who was the first African-American woman to see her play “A Raisin in the Sun” performed on Broadway in 1959.

Another major hurdle was that while black theater has held a successful presence in Seattle, it has not been consistent. The Seattle Negro Federal Theater, a short-lived, federally funded company, was established at the University of Washington in 1936 to feature innovative plays that focused on the African-American experience .
Read the Rest of the Story Here.
The Hansberry Project
Posted by JHM at 8:23 AM