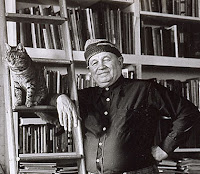 Not one, but two major figures of 20th-century African-American art are currently featured in separate exhibits at the Sumter Gallery of Art. The concurrent exhibits — Romare Bearden: Prints and Benny Andrews: The John Lewis Series — are on view through Nov. 1.

In art, the 20th century was marked by a struggle for supremacy between form and content. Romare Bearden and Benny Andrews were among the earliest postmodernists to strike a balance between the two.

Bearden is most well known for his collages, but he was a versatile artist with a great deal of facility in a variety of media. During the last 20 years of his life, up until his death in 1988, he explored the range of possibilities in printmaking.

Romare Bearden: Prints is a modest exploration of his graphic work. The 27 pieces included in the show were executed in silkscreen, lithography, monotype, etching and a variety of combinations of the above.

It is in his prints that Bearden synthesizes the formal qualities that characterize his paintings and his collages. The flat planes of color and surface that comprise his collages blend with the loose gestural marks of his paintings to create a strong visual language.

He uses that language to describe subjects such as the social and political issues associated with the civil rights movement, reinterpretations of stories drawn from the Bible and mythology, memories of his Southern childhood and the world surrounding the American jazz scene.

Read the Rest of the Story Here.
Posted by JHM at 5:43 PM