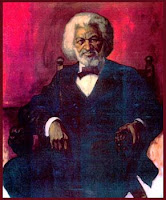 (Media-Newswire.com) - Hofstra University, Hempstead, NY – Hofstra University in conjunction with the Hofstra University Museum will dedicate a new sculpture, "Frederick Douglass Circle" on October 29, 2008 at 11:15 a.m. at the Monroe Lecture Center Courtyard, South Campus. The sculpture, designed by artist Vinnie Bagwell, was chosen from five other finalists by a selection committee including President Rabinowitz, Museum Director Beth Levinthal, Provost Herman Berliner, students and Hofstra community members.
"The drive for this sculpture came from a student referendum several years ago encouraging the University to invest in artwork that reflected the diversity of our campus," said President Rabinowitz. "Several individual students also came to speak to me to express their concerns over the statue of Thomas Jefferson on campus and the lack of any on-campus sculpture that celebrated diversity.
"In response to these requests a committee was formed to select a sculpture that should be added to the campus to address diversity and the accomplishments of people of color. The committee as part of its year-long process recommended a national competition that produced 26 submissions, resulting in five strong sculptural works by nationally recognized artists whose works were displayed in the Axinn Library for comments by the Hofstra community.
Read the Rest of the Story Here.
Posted by JHM at 5:35 AM