Where are the Obamas on TV? 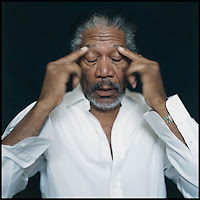 Long before he set out for the White House, Barack Obama sought to adjust the colors on America's TV sets. Four years ago, fresh off his star-making keynote address at the Democratic National Convention, Obama challenged the television industry to live up to its responsibility as the country's "most powerful media" and accurately reflect the nation's population.
"TV ought to reflect the reality of America's diversity and should do so with pride and dignity, not with stereotypes," he told the Academy of Television Arts & Sciences. But as Obama prepares to move into the White House in January, he and his family will be hard pressed to find blacks like themselves represented on any of the major networks -- ABC, NBC, CBS or Fox.In fact, not only will they have great difficulty locating any black family in a leading role on the networks, they also will see it's nearly impossible to find a scripted comedy or drama that features a young person of color in a central role.