Obama and the Black Male Image 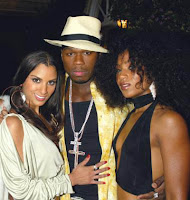 Riverside -- “They strut through the world like some dusky colossus looming larger than life itself: a nightmare, a fantasy, an American original, feared, emulated, shunned and
desired. They are as complicated, as intriguing, as American history and in many respects, every bit as confusing. Nevertheless the Black man strives in the midst of progress and peril.”

When the great sociologist and scholar W.E.B. Du Bois penned those words more than 100 years ago little did he know a nation founded by slave owners, seared by civil war and generations of strife would elect Barack Obama the son of a Kenyan father and a white
mother President of the United States of America.

“Barack Obama’s victory will force people to look at race and equity differently only if we can get
past the narrow images that linger in the public mind,” says Melvin W. Daniels, Jr., 52 a self employed former Marine, handy man, painter, cleaner, and jack of all trades.

Even as he and millions of Black men celebrate Obama’s historic victory, many wonder if the President-elect’s astonishing ascent to power and consistent drumbeat of hope and change will help redefine America’s attitudes toward Black men.

“I wish my mother and father were alive to witness this moment, they would say without hesitation ‘all things are possible’. Black people can accomplish anything they set their minds
to.”

Over the last 100 years, perhaps no segment of the American population has been more marginalized.

Read the Rest of the Story Here.
Posted by JHM at 1:53 PM