Forbes: Why Black Art is So Hot 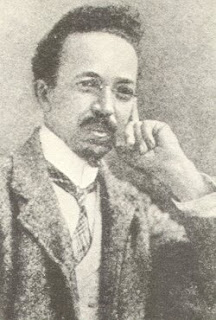 Hanging in Robert Johnson's den is an oil from the 1930s by an African-American artist named Palmer Hayden. The painting depicts a black American businessman getting his shoes shined.
The subject is nattily dressed in suit and spats, a little like Johnson himself, who is sporting a crisply pressed blue shirt and a shiny yellow tie.
"That painting represents pride and dignity," says Johnson. "I identify personally with this work."
Johnson may be known for the low-budget comedy routines and booty-shaking music videos that drove the success of BET, the cable channel he founded that turned him into America's first black billionaire in 2001.
But in his private moments he is moved by art that documents the struggles and achievements of black people in America. Since the early 1980s Johnson, 62, has assembled some 250 pieces by 19th- and 20th-century African-American artists.
Though Johnson's collection is probably worth only a couple of million dollars, it includes some of the most famous names of the genre: cubist-inspired collage artist Romare Bearden (1911-­88); modernist Harlem painter Jacob Lawrence (1917­-2000); and Henry Ossawa Tanner (1859­-1937), who studied under Thomas Eakins in the 1880s and was the first black painter to gain international acclaim.

Read the Rest of the Story Here.
Posted by JHM at 9:52 PM