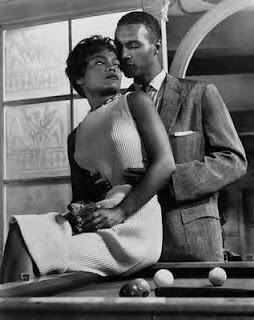 From the Chicago Tribune
Earlier this year, I wrote a story about the increasing number of white professors teaching African-American studies. At the center of the discussion was/is authenticity and whether white people can teach in a discipline that requires such an immersion into black culture. A story by the Los Angeles Times asks essentially this same question about playwrights. Should white playwrights direct plays about black folk? The story goes on to ask: Should black, Asian, Hispanic playwrights direct plays about white folk?
This is a controversy that has been brewing in the American theater world since this spring when a white director was tapped to stage a revival of August Wilson's "Joe Turner's Come and Gone," which opened on Broadway.
According to the L. A. Times story:
“The American theater has been engaged in a racially charged discussion of who should direct what. Should white artists direct plays that are black in authorship and subject? And by extension, should black -- and Latino, Asian, mixed-race and other -- directors be hired to stage plays written by white authors? Such are the questions being posed.
"I don't think there is a simple and satisfactory answer," says black playwright Lynn Nottage, author of the Pulitzer Prize-winning drama "Ruined." "This conversation is part of our cultural growing pains, and it's one of the many steps in the road to defining our creative and cultural identity."
The controversy was ignited when Tony-winning director Bartlett Sher was tapped to helm the Wilson revival. Wilson, who died in 2005, had insisted that only black directors stage his work. But his widow, Constanza Romero, approved the choice of Sher, who is white. This production marked the first time a Wilson play had been directed by a white director on Broadway. And black artists have voiced concern about the precedent.”
Part of the concern for some black artists is that this only further limits their opportunities, which already are few and far between. There was a similar sentiment shared by a few African-American studies professors, lamenting the limited number of slots for professors on college campuses So here’s the question: Does one have to live a certain experience in order to be the best at putting it on stage? Or is an intense love of the subject (and the craft) enough to make it authentic?
(As a novelist, I would hate to be limited only to writing about and creating black characters.)

Read the Rest of the Story and Comments at the Chicago Tribune.
Posted by JHM at 11:23 AM

So here’s the question: Does one have to live a certain experience in order to be the best at putting it on stage? Or is an intense love of the subject (and the craft) enough to make it authentic?

There are whites (and others) who have a PASSION for our culture ~ especially from a historical point of view, both globally and that which is our American experience. To suggest that they will not do the research and tell the truth is a great dismissal of their knowledge and love of the subject matter! I am not saying some are not without bias (as we ALL ARE about SOMETHING), or that we need to employ them at the DETRIMENT of using the skills of our own. I am saying that, in the case of writers, I have found that sometimes OTHER PEOPLE write us, show us, or do us sometimes with more DEPTH than what we WANT to be capable of. I see it all the time!