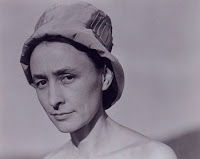 A new court ruling opens the way for Fisk University to sell its internationally recognized art collection donated by Georgia O'Keeffe, but another appeal could lengthen a four-year battle over the paintings.

The Tennessee Court of Appeals, in a decision sent to attorneys for both sides on Wednesday, puts the financially troubled school back on track to sell a 50 percent interest in the collection to Crystal Bridges Museum of American Art in Bentonville, Ark., for $30 million. The sale would keep the collection in Tennessee for six months of the year.
Appellate judges ruled the Georgia O'Keeffe Museum in Santa Fe, N.M., representing the painter's estate, had no standing to argue Fisk violated conditions imposed by O'Keeffe and, as a result, the collection should be forfeited to them. The O'Keeffe Museum's intervention held up the sale and could still — its attorneys have 60 days to appeal to the Tennessee Supreme Court.
"It's been a long fight, and we are encouraged by this," said Ken West, Fisk's vice president of communications. "Our agreement is still in force, and we intend to live up to our end of the bargain. The matter is not concluded, and we hope to see its next logical conclusion."
Fisk President Hazel R. O'Leary said in a statement the university spent money defending its position in court that could have gone to scholarships.
O'Keeffe Museum representatives didn't return calls for comment. If they don't appeal, the case returns to the lower court to determine O'Keeffe's intent for the Alfred Stieglitz Collection, which she donated in 1949.
The decision to sell art collections is becoming commonplace as higher education institutions struggle with growing expenses and shrinking endowments, art dealers say.
"They see these things as assets, and they sell them off to pay their gas bills, which is frustrating," said Stan Mabry, owner of Stanford Fine Art in Belle Meade. "Long term, they'll regret it. I wish there was a way to get the city, the state museum, collectors and others to pitch in and keep them in Nashville."
-->(2 of 3)
Mabry said Brandeis University decided to sell its permanent collection of some of the world's finest modern and contemporary art to alleviate financial woes. If Fisk follows suit, Mabry said, "it's a loss." 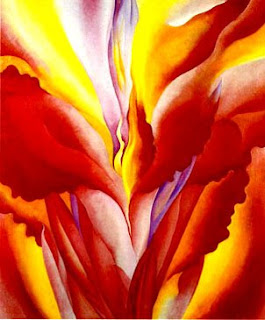 triggerAd(2,PaginationPage,8);
"If they do go to Arkansas, they'll still be in the South, but it's not the same as to have something in your state, in your city, in your community," said Mabry, whose gallery specializes in late 19th- and 20th-century American and European paintings.
Crystal Bridges lauded the ruling, said Virginia Germann, director of museum relations. "It represents a significant step forward," she said. "The decision allows the Alfred Stieglitz Collection to remain intact and well cared for and permits Fisk to proceed with the agreement that would provide a public home for this unique collection."
Gallery to reopen
The 19-page opinion, written by Judge Frank Clement Jr., painstakingly lays out the details of the case, starting with the death of Arthur Stieglitz, who was O'Keeffe's husband, a pioneering photographer and a collector of American modern art. It describes his last will and testament, discusses a surviving daughter who was disabled and outlines communication between O'Keeffe and then-Fisk President Charles Johnson.
The collection will go back on display at Fisk's Carl Van Vechten Gallery on Aug. 1. The gallery is undergoing renovation, West said.
The school's trustees voted in 2005 to sell two works, O'Keeffe's Radiator Building — Night, New York and Marsden Hartley's 1913 Painting No. 3, in the midst of a financial crisis that threatened Fisk's ability to stay open. Donors came to the school's aid, but O'Leary said the sale offers a long-term solution and protects Fisk's endowment.
The O'Keeffe Museum offered to buy Radiator Building in 2007 for $7.5 million. The courts blocked that sale, in part because of the possibility Crystal Bridges would make a better offer.
Crystal Bridges Museum, owned by Walmart heiress Alice Walton, made its $30 million offer for 50 percent of the collection. Under the agreement, the museum would have the chance to buy the remaining share if the school's financial situation worsened.
-->(3 of 3)
A Davidson County chancellor ruled in March 2008 against the sale to Crystal Bridges, forbade the school from selling the paintings and ordered Fisk to display the collection or forfeit it to the Georgia O'Keeffe Museum.
triggerAd(3,PaginationPage,7);
The state attorney general's office also entered the fray, opposing the forfeiture of the paintings and arguing that the O'Keeffe Museum couldn't acquire the collection and that Fisk couldn't dispose of it at will because it was a charitable gift and not an asset.
Fisk attorneys appealed, arguing the sale did not violate O'Keeffe's original intent. The ruling proves that the school was acting within its bounds and that the O'Keeffe Museum had no standing, Fisk attorneys Stacey Garrett and Mike Norton said Wednesday.
O'Keeffe was at times dissatisfied with the way the school displayed and handled the collection but never demanded the return of the art collection, court documents show.
Terrance Hurd, who holds undergraduate and graduate degrees from Fisk, said he has mixed feelings about his alma mater possibly parting with the collection. Hurd, who owns a talent agency, has visited the collection several times.
"It's a tragic loss to the school to lose any of the collection, but it's a greater loss to not have the resources for the students," he said.
"If that's what has to be done for the school to maintain its livelihood and continue the tradition, then that might be what has to be done."