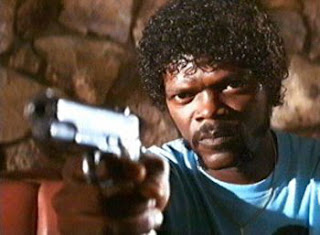 Oscar-nominated actor Samuel L. Jackson will introduce a new art exhibition by motion picture hairstylist Robert L. Stevenson on Sunday, August 17th at 2:00 p.m. at the Museum of African-American Art, located at Baldwin Hills-Crenshaw Mall, Macy’s 3rd Level, 4005 Crenshaw Blvd. in Los Angeles. Entitled “Head Trips: Art as Seen Through the Eyes of a Hollywood Hairstylist,” the exhibit will display Stevenson’s collection of forty, limited edition lithographs in pen and ink. Stevenson has served as Jackson hairstylist for films for the past 13 years.

Funding Children through the Arts

The G. R. N’Namdi Gallery, which has exhibition spaces in New York, Detroit, and Chicago, is reaching eastward for a second season, extending its charity endeavor to a month-long art series at the Walk Tall Gallery in East Hampton. Having participated in Rush Philanthropic Arts Foundation “Arts for Life” benefit at Russell Simmon’s East Hampton home last July, the N’Namdi Gallery representatives Jumaane N’Namdi and Alaina Simone sought to make their philanthropic vision a reality through its second straight season of the Hamptons Summer Art Series, which runs this summer through Sunday, Aug. 10.

This season’s art series is comprised of five charity exhibits co-hosted by the N’Namdi Gallery crew and Wendy Wachtel, proprietor and curator of the Walk Tall Gallery. Admission to these receptions is complimentary, and part of the proceeds of the art sales go to the Long Island nonprofit organizations featured at the art series receptions.

Raised a Southern Baptist in rural Georgia, Durwood Pepper grew up listening to how being gay is evil, as interpreted to him through Bible scriptures.Now an Episcopalian living with his partner, Jim Taflinger, in Gainesville, Ga., Pepper is a meat manager at a grocery store by day and a folk artist in his free time.

He doesn’t shy away from sometimes incorporating the same religious themes that once denounced who he is into his art. His work includes angels made from metal cans and crosses made from tin.“I do a lot of religious pieces — from pieces about Lent to angels and devils,” Pepper says. “It’s the way you’re brought up, but I know Jesus doesn’t hate me.” 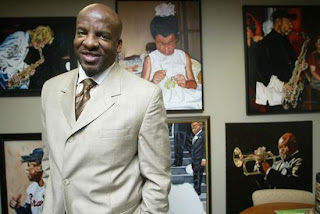 Executive Q&A: James Threalkill
If Nashville has a Renaissance figure, James Threalkill may well fit the bill.
Growing up in Nashville's public housing projects in the 1960s, Threalkill was recruited by legendary football coach Bill Parcells to play wide receiver at Vanderbilt University, where Parcells was defensive coordinator from 1973 to 1974.
Threalkill's dreams of playing professional football were dashed, however, after suffering an injury in his second year playing for the Commodores. So he turned to his other passion: art. A serious painter from the time he was 13, Threalkill established a reputation as an artist regarded for his ability to capture compelling lifestyle scenes.
In 1995, he took a mural program for youth that he pioneered in Nashville to students from Soweto and Johannesburg in South Africa, where he was able to spend time with Nelson Mandela. "Truly one of the most incredible moments of my life," he said.
Threalkill later went to work for then-Mayor Phil Bredesen as a liaison to the arts community, and later as a diversity coordinator on the project to build the riverfront stadium where the Tennessee Titans play.
For the past four years, Threalkill has worked as a diversity director for Skanska USA, a global construction firm whose projects include construction of the new $1.2 billion Meadowlands Stadium in East Rutherford, N.J., the recently completed $100 million Nissan North America headquarters here and a $1.3 billion renovation of the United Nations building in New York.