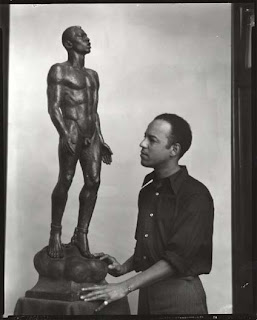 Nashville Mayor Karl Dean has approved $1.8 million in Metro funds to be used on pre-development work for the Museum of African American Music, Art & Culture.
The funding is part of $10 million the Metropolitan Government of Nashville committed to the African American History Foundation of Nashville Inc. for the construction of the museum planned to be built at Jefferson Street and Rosa Parks Boulevard in North Nashville.
The foundation will be reimbursed by the city for pre-construction expenses, including architectural and engineering services, up to $1.8 million.
The remaining funds will be authorized when the foundation completes other fundraising efforts needed to support the $30 million project.
Read the rest of the story here.

Dressed in black silk and gold slippers, the 67-year-old French designer is scouting for smokes at a reception on the riverside terrace of London's Somerset House. She is the sponsor of the work displayed inside: a photo-video installation by photographer Massimo Vitali and filmmaker Mike Figgis.
Fashion, it turns out, is just a day job for the woman born Agnes Trouble. Her Galerie du Jour near Paris's Pompidou Center shows works by an array of artists and photographers, including most recently Jean-Baptiste Bruant and Robert Estermann. Her 11- year-old film production company Love Streams Agnes B. Productions has backed some 50 films and documentaries.
Agnes B. is now set to shoot her first feature film, a road movie that she scripted herself about a little girl who climbs into a red truck and befriends the lonely old Englishman driving it. She was inspired by a true story reported in the newspaper.
Read the rest of the story here.
Workers repair museum items damaged in flooding
IOWA CITY, Iowa - Even after two cleanings, Nancy Kraft still caught a whiff of that distinctive floodwater smell from the "Popular Czech Polkas" record as she loaded it onto the turntable. "You can get a headache," Kraft, the head of the University of Iowa Libraries preservation department, said of the smell. "Our workers wear masks with charcoal filters when they handle them for cleaning." But it was all worth it when the record crackled to life. "This is great!" Kraft exclaimed. "This job is kind of like a hidden treasure hunt you don't know if you're going to uncover it or not."
The preservation department at the UI is handling restoration efforts on thousands of items from the African American Historical Museum and Cultural Center of Iowa and the National Czech & Slovak Museum & Library, both of which suffered extensive damage in June flooding in Cedar Rapids. The Cedar Rapids Museum of Art's collection also was affected.
At the UI's Oakdale Campus, items including vinyl records and wooden sculptures were carefully rinsed and stacked in a makeshift "dirty room" in hopes of controlling the environment to prevent further mold or other damage. There, they wait to be worked on. It will take months to get through all of the items, Kraft said 7,000 books, 3,000 records, hundreds of manuscripts, dozens of statues and even a few outfits of clothing. It's easier to face if it's dealt with a day at a time. "You can't hurry this," Kraft said. "Some of these items are irreplaceable. You try one thing on something that's a duplicate. If that doesn't work, you try something else."
Read the rest of the story here.

American Masters of the Gulf Coast
Walter Anderson, George Ohr, Dusti Bonge and Richmond Barthe - all Mississippi-born art heavyweights - had more in common than a bundle of creative vision. They all hailed from Mississippi's Gulf Coast and produced art with an impact way beyond home state borders.
A new exhibit of 41 works by these artists will travel the state through January 2010. American Masters of the Mississippi Gulf Coast opens at its first venue, Lauren Rogers Museum of Art in Laurel, on Friday. 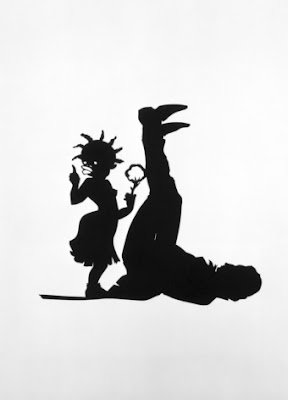 The show, organized by the Mississippi Arts Commission, is the second in its American Masters series, a National Endowment for the Arts initiative to acquaint Americans with the best of their cultural and artistic legacy.
Read the rest of the story here.
Kara Walker: My Complement, My Enemy, My Oppressor, My Love
FORT WORTH, Texas — An exhibit that is apt to disturb some people, delight others and make almost everyone think about the complex issue of race relations is on view at the Modern Art Museum. Called "Kara Walker: My Complement, My Enemy, My Oppressor, My Love,” the show contains room-size black cut-paper silhouettes, film animations, light projections and more than 100 works on paper.
Capturing our attention immediately is a 13-by-50-foot 1994 tableau of silhouettes, the first word of whose title, "Gone,” conjures, at least initially, visions of Margaret Mitchell's epic Civil War-era novel. It is only on closer inspection that we become aware of sexual undertones implicit in the activities of some of the monumental composition's flat, dark, cartoonlike characters. A Southern Belle seems to have someone under her full skirt as she leans forward to kiss her beau, whose sheathed sword nearly touches the behind of a young black girl who may be strangling a goose, for example.
Read the rest of the story here.
Posted by JHM at 10:15 AM