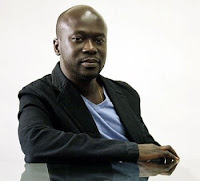 I’ll admit my expectations are pretty low when it comes to new architecture in the nation’s capital.
True, Norman Foster completed a pretty little canopy for the National Portrait Gallery’s central courtyard in 2007. But over all the crop of monuments and museums that have risen along the National Mall in recent decades have been so mediocre that it seems to be only a matter of time before this sacred strip of land becomes a national embarrassment.
So the first reaction to the announcement that the team of Freelon Adjaye Bond/SmithGroup has been selected to design the National Museum of African American History and Culture should be a big round of applause. David Adjaye, the project’s 42-year-old lead designer, is a rising star in the architecture world.
The design’s strong, somber exterior — a stack of zigzagging blocks clad in shimmering bronze mesh — could be the most important addition to the mall since I. M. Pei’s East Building at the National Gallery of Art opened three decades ago.
It is also a history lesson. Mr. Adjaye, who was born in Tanzania and lives in London, says that the museum’s form is based on late 19th- and early 20th-century tribal Yoruban sculpture.
The sculptural reference is an obvious attempt to express the frayed cultural threads that link black America and West Africa. Yet it also carries subtler cultural associations: the stacked wood blocks, which evoke an African version of the Parthenon caryatids, remind us that Washington’s neo-Classical buildings represent only part of a vastly more intricate cultural narrative. The new design’s ziggurat-shaped form evokes the work of Constantin Brancusi, one of many Western artists who were profoundly influenced by African tribal art.
This effort to broaden the narrative of Classical Washington — and to challenge how many Americans still view their history — continues inside. Two huge stone canopies extend out from the building to the north and south, fudging the boundary between the formal world of the museum and everyday life outside. The lobby floor, which slopes down from the Mall toward Constitution Avenue, is a reversal of the conventional grand stair. Instead of lifting art up onto a pedestal, it allows the public to flow right through the building.
For museumgoers, however, the design’s greatest strength lies in the delicate balance struck between the need to move crowds and the stillness that is so vital to the experience of viewing displays. A dense forest of wood columns is suspended from the lobby ceiling. The columns dip down at the center of the lobby, gently pushing the crowds toward the edges of the room. From there, visitors will climb a broad staircase to the main galleries, which are on the second, third and fourth floors.
In a cheeky inversion of Frank Lloyd Wright’s famous Guggenheim rotunda, Mr. Adjaye clusters all of the galleries at the center of these floors. To get to them, visitors will follow a series of stairs, corridors and walkways that will spiral up around the building’s perimeter.
The layout allows Mr. Adjaye to isolate the main circulation route from the galleries, which should give them a wonderful calm. But it also lets him forge a strong relationship between the inner world of the museum and the city outside.
Big windows — reminiscent of the trapezoidal ones at the Whitney Museum of American Art — will angle out toward carefully framed views of the city’s monuments. Rather than puncture the building’s bronze mesh skin, Mr. Adjaye gently stretches it to allow people to see through it. At other points the pattern is denser, so that the light filtering in will have a mottled, bronze glow, as if it were streaming through a canopy of trees.
(The changes in the density of the bronze mesh should have a powerful effect on the building’s exterior at night, too, giving it an eerie, uneven pattern, like a lizard’s skin, when it is lighted from within.)
Still, expect plenty of nail-biting moments in the months and years to come. The design is still in the earliest stages, and the high degree of refinement in Mr. Adjaye’s work means that its success will depend on the kind of details that have yet to be fully worked out. These include the precise layout of the galleries and the position of a number vertical cuts through the building that will be used to bring light into the lower levels.
What’s more, Mr. Adjaye has never designed a cultural building of this scale. Nor has he ever worked with a bureaucratic culture as byzantine as Washington’s. Finally, he will have to find a way to work with a sprawling team of associate architects without diluting the power of his original vision.
It will now be up to the museum’s director, Lonnie G. Bunch, to ensure that he will have the kind of creative freedom necessary to thrive in this former swampland.
Read the New York Times Story Here.
Adjaye Associates
Posted by JHM at 7:36 AM