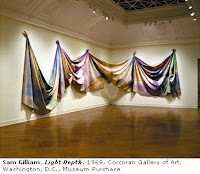 The Obamas' actions have evinced an ability to transform the bully pulpit into a poetic perch
By Kinshasha Holman Conwill From issue 204, July/August 2009Published online 16.7.09 (opinion)
The US art world is abuzz over the White House campaign to bring a greater diversity to its art collection—including more works by African American artists [the Obamas have been quietly notifying an array of public institutions, dealers and collectors that they are looking to borrow first-rate art of a more recent vintage to display in the White House with an emphasis on works by black, Hispanic, Asian and female artists]. Such a gesture from so influential a place has understandably had a catalytic effect—stirring conversation, raising expectations. And that’s a good thing. The move is also throwing a strong light on African American art and the artists who create it.
This comes at a time of increased interest in African American art among mainstream museums and collectors. The 2007 retrospective by the renowned sculptor Martin Puryear, organised by the Museum of Modern Art, New York, and shown at major museums across the country is one of the most vivid examples of that interest. It follows by two years the Sam Gilliam retrospective at the Corcoran Gallery. Gilliam’s participation in the 1972 Venice Biennale foreshadowed the watershed decades of the 1980s and 1990s which saw African American artists from Puryear to Robert Colescott, Emilio Cruz, Leonardo Drew, Melvin Edwards, David Hammons, Glenn Ligon, Kerry James Marshall, John Outterbridge, Betye Saar, Lorna Simpson, Carrie Mae Weems, Kara Walker, Nari Ward and Fred Wilson, among others, represent the US in international venues from São Paulo to Venice, from Johannesburg to Cairo, Dakar, Kassel, Sydney, Istanbul and Cuenca. 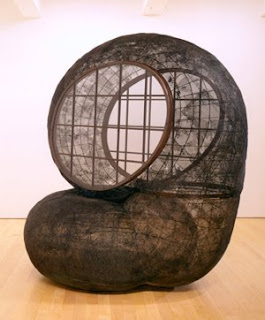 Yet this was not always the case. There was a time not long ago when one could visit major museums or attend international fairs and rarely find works by African American artists. Their work was rarer still at auctions and those few there were, were not commanding prices commensurate with their cultural significance nor competitive with their non-African American counterparts.
Those of us building the collections of the Smithsonian’s National Museum of African American History and Culture have a keen interest in past history and current practice as we determine the role of African American art in a museum with a mandate to tell the broad story of the African American experience. We needn’t look far for inspiration in the collections of the Smithsonian American Art Museum—one of the strongest and most longstanding collections of African American art in this country—and the growing holdings of the National Portrait Gallery, two sister institutions with whom we are collaborating. Beyond the National Mall, the collections begun in the 100 years after the Civil War, including those documented in the major travelling exhibition, “To Conserve a Legacy: American Art from Historically Black Colleges and Universities” (organised by the Addison Gallery and the Studio Museum in Harlem in 1999), were for decades the nearly singular models of continuous commitment to African American art. The stewards of those collections—joined over the decades by scores of private nonprofit museums of African American history and culture—have often been the most stalwart advocates of art by African Americans.
The arts need such advocacy to survive. African American art, given its historically lower level of sustained attention, requires advocacy at a higher volume. The President and First Lady already have provided a resonant and nuanced voice for a more diverse notion of American art.
What is the significance of the attention being paid to the art of African Americans by this country’s most visible museum? Puryear is arguably one of America’s greatest sculptors and certainly doesn’t require the imprimatur of the White House. Many of his peers seem to be skillfully navigating the fraught waters of contemporary art as well.
Yet when one steps outside the vaunted and insular precincts of art, validation takes on a different tone. Beyond museum exhibitions, auction prices, critical reviews and international fairs, lies the vast territory of a larger society less swayed by esoteric notions of the valorisation of art and artists. Rather, there one finds a public whose tastes and desires are being stirred by the heady—and welcomed—promise of change. It is that indefinable sense of possibility that opens minds and fuels concrete action to challenge the status quo.
It would be presumptuous and premature to predict that the actions of one president, even one as influential as Barack Obama, would singlehandedly alter the course of American art history or the destinies of African American artists. Yet his and the First Lady’s early actions in expanding the agenda for White House art have evinced an ability to transform the bully pulpit into a poetic perch from which to suggest new strategies for broadening the conversation about art and culture in this country. The echoes of those actions are reverberating not only in the hallowed halls of the First Family’s residence, but down the decades of American creative expression.
Does this moment signal a new era in American and African American art? It’s too soon to tell. But it is extraordinarily intriguing in its potential.
The writer is deputy director, Smithsonian Institution, National Museum of African American History & Culture
Read the source article here.
Artwork by Sam Gillaim and Martin Puryear
Posted by JHM at 11:01 AM

This was wonderful to read. Thanks Jimmy. I blogged about your post and the article. Ejoy the weekend.