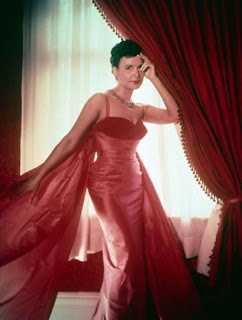 Toward the end of her very full life, Lena Horne suggested to a PBS interviewer that, after decades of struggling to define her image as an artist and a black woman, she finally had seized possession of her identity.
"I don't have to be a symbol to anybody," said Horne, who died Sunday night in a New York hospital at the age of 92. "I no longer have to be a 'credit.' "Americans born before 1960 will recognize Horne's fragmented reference to a phrase that, mercifully, has now been confined to history's ash heap: "a credit to her (or his) race."That perhaps somewhat well-intentioned, but deeply patronizing, sobriquet was applied — mostly by white Americans, of course — to a select group of blacks ( Ralph Bunche, Joe Louis, Sammy Davis Jr.) deemed to possess superior talents and/or character traits that might, in time, help "uplift" other African Americans by setting a "good" example.Viewed more sinisterly, it was a term that was plastered onto prominent blacks who were perceived by whites as conforming to white behavioral standards, and therefore didn't threaten America's racist status quo.What Horne passionately insisted on was the right to be regarded not as the designated representative of a group, or the personification of some abstract ideal, but as a one-of-a-kind individual — neither more, nor less. Horne posited herself as the active subject of her own life, not the object of the mainstream white audience's "exotic" fantasies and fears.Her dignified personhood was expressed most obviously through her knockout beauty and multiple talents. Long before the idea of "self-branding" came into vogue, Horne established herself as a multi-dimensional entertainer, making her mark in musical theater, movies, records and later television.Her fierce individualism also took form in the uncensored anger she vented at the racially based indignities she and other African Americans suffered. (She once threw a lamp at a lout who uttered a racist gibe in a Beverly Hills restaurant.)Horne's singularity came through in a vocal style that was notable not for its effortless urbanity, a la Ella Fitzgerald, or booming gospel panache, in the Aretha Franklin mode, but for its elegant pop-jazz versatility and the sense it conveyed of the singer's heartfelt emotional struggles. She movingly dramatized those qualities in her early-'80s hit Broadway show, "Lena Horne: The Lady and Her Music," which earned her a special Tony Award.
Read the rest of the story here.
Posted by JHM at 10:02 AM