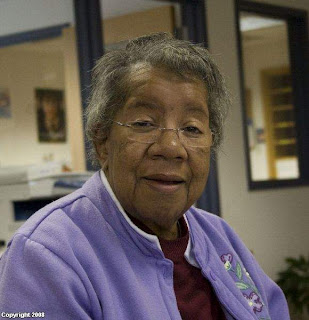 Where the pavement ends on Mount Olive Road, there stands a remnant of a bygone era. Peeking out from numerous too-close sapling trees and a few stray vines, the remains of the Long Ridge School are not that different from numerous other simple, boxy schoolhouses that once dotted the hills of Appalachia.
But Long Ridge School is not like many other community-built one- and two-room school houses throughout the region. Long Ridge School was one of nearly 5,000 schools for African-American children throughout the rural South built by the Rosenwald Initiative, a program funded by Julius Rosenwald, the one-time president of Sears, Roebuck and Co.
The school is now a dilapidated shell, but its former self is recalled in a painting by Mars Hill artist and former Long Ridge student Charity Ray.
“Oh, I can't even count how many of us there were that went to school there,” said Ray, now 72. “See, we had students that came up from Hot Springs and Marshall, too.”
Many of the younger voters of all races who helped to elect America's first African-American president, Barack Obama, may find it difficult to fathom how far America has come in a relatively short time until they view see the story of segregation through the eyes of someone like Ray, who's still a part of their community.
Read the Rest of the Story Here.
Posted by JHM at 9:58 AM